A fundraising campaign for Ithaca Underground
Make a Donation 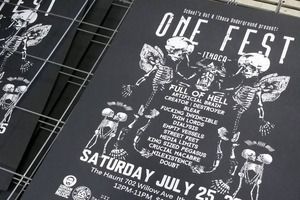 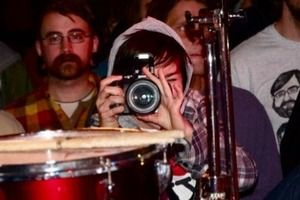 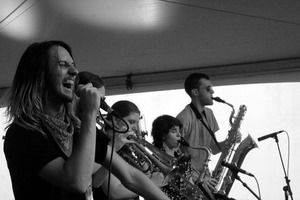 Pays for one local band performance 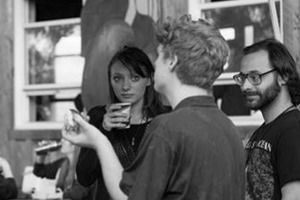 Provides meals and water for musicians at one event

Contributes to IU bringing one national headlining act to an event 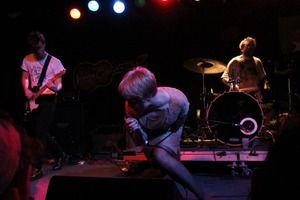 Contributes to one major IU event act or musician (Big Day In, One Fest)

As IU grows and thrives we are offering more shows, more volunteer training and more community collaborations. To keep IU events affordable to all and give them maximum impact, we are introducing crowd funding to help support the costs of ongoing programming.

We need your support to continue to deliver accessible all ages shows next year.

“IU is a safe place. It's something to look forward to throughout the week.”

“IU is the only artistic network that matters in Ithaca. This is because their compassion, their sense of community, their inclusiveness and their fearless leader are setting the greatest example for our highly talented and influential youth culture who are thriving under IU's watch.”

"Ithaca Underground has without a doubt showcased to the community at large the possibilities of just how far art and music can be pushed across boundaries and given a platform to countless creative types to further their expression to an audience to absorb new and wonderful sights and sounds.  Their contribution to the community is essential"

“IU is my family. It's my safe space, a place for free exploration, mutual appreciation, and growth as an individual and a community.”

“Ithaca Underground is a reason to be in Ithaca. IU does an outstanding job of fostering an active, dedicated community of musicians, artists, volunteers, and fans, all of whom inevitably form lasting friendships. There's nothing like it anywhere else.”

“Ithaca Underground was something a couple friends of mine started to unify the fringe music scene in Ithaca. Thanks to Bubba Crumrine & the community it has grown to become something larger and more successful than they ever anticipated. I.U. is a safe space with circle pits and moshing.”

IU has made me feel like I am a part of the local Ithaca community in a way that nothing else has. It's also taught me so much about music and shows that I never expected to learn. I love how much positivity always surrounds the IU community.

Ithaca Underground has allowed me to expand my art and passion into the Ithaca area, while also putting smiles on the faces of performers and fans. IU also brings members of the community together who are both new or experienced to the local music scene. IU has a big place in my heart for all the wonderful things it has done for me, and many others.

Ithaca Underground has for years created a radical environment where I discovered myself and a world of music that transcends conventions. I wouldn't be where I am now if it weren't for Ithaca Underground. It has provided me with a community where I can feel excited, invigorated, and revitalized to go back to my small city life laden with static glum. For that I can't appreciate IU enough.

$25 Helps upkeep, upgrade and replace IU’s sound, photo and video equipment: An important part of IU is providing the proper equipment and infrastructure to train our young volunteers on industry-standard equipment and software, such as soundboards and other PA related equipment, video equipment and digital cameras, and photo-editing, video-editing and graphic design software

$50 Pays for one local band performance: For years, many local bands and musicians have been donating their time and music. This has been instrumental in our growth and success, but we are now in a position to support the musicians whom have supported IU. Even a modest payment of $50 per event can help a new, young band record and distribute their music in a DIY setting.

$75 Provides meals and water for musicians at one event: A key to IU’s success in attracting well-known regional and national acts is our hospitality. For most DIY bands, receiving a quality hot meal when on tour is as memorable as any performance. It is these positive memories that help convince bands to return to Ithaca on repeated tours, plus they are more likely tell other bands that our city is a destination worth playing. Such hospitality is vital to creating and maintaining our vibrant DIY music scene.

$100 Contributes to IU bringing one national headlining act to an event: A big part of our success comes from exposing the community and youth to regional and national acts.

Ithaca Underground (IU) is committed to nurturing a sustainable all-ages environment for music and art that falls outside of the mainstream. Founded in 2007, the organization sets a strong foundation for the do-it-yourself (DIY) ethos, which empowers our local youth to build a vibrant and inclusive community of independent musicians, artists and self-motivated leaders. http://www.ithacaunderground.com/