A community transformation project powered by youth and music.

We've asked you to spread the word and donate to keep kids off the streets and in the studio and we can’t believe the outpouring of love -- and we're almost there. Help us get to the finish line!

OPEN DOORS Reality Poets have experienced first-hand how art can change and save lives. That’s why member Vincent Pierce launched Zing!, a music production hub with a mission to keep kids off the streets and in the studio, and spark broader collaborations that investigate the power of art to nourish communities from the ground up. This fall, we are raising money to expand Zing! to where it's most needed.

East Harlem has reported the highest number of Covid cases in Manhattan, causing more stress and trauma to a community already struggling with unemployment, food insecurity, gun violence and police brutality. When everything seems to be crumbling down around them, young people may turn to gangs for protection and income.

Zing! will offer music production classes to teenagers and paid Community Builder roles to young men of color living in East Harlem. Both groups will learn concrete skills and lifelong lessons—making a positive impact on their community and who they will become years from now.

Zing! will host weekly virtual open mics for young people, gun violence survivors, people with disabilities and allies in cities all over the country to inspire the youth to pursue art and build community. 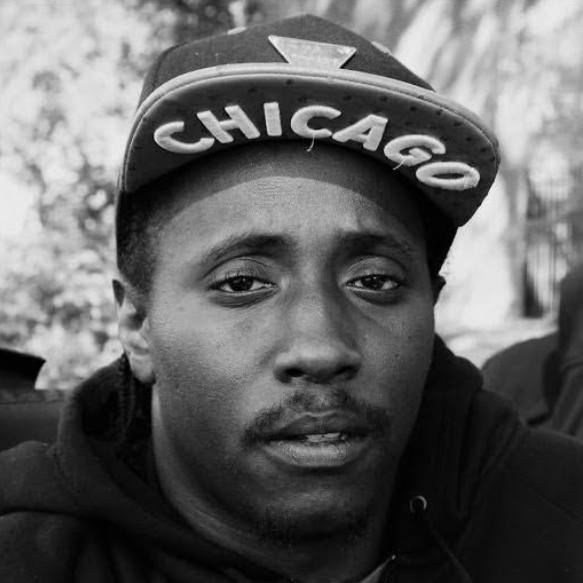 I grew up in Newburgh, New York. As a teenager, I moved down south to live with my father. I moved back to New York in my early twenties and became deeply involved in the street life. At the age of 26, I was robbed at gunpoint and shot in the neck, leaving me paralyzed for the rest of my life. Since that incident I’ve been living at Coler nursing home on Roosevelt Island. I had given up on any dreams for my future, until I joined OPEN DOORS, which led to me learning poetry and music production. In 2019, I produced my first album, OPEN DOORS Reality Poets Vol.1. Today, my focus lies on being a good father to my 12-year-old daughter, Nuatej, and teaching and mentoring kids from neighborhoods like the one I grew up in. I’m showing them that they are bigger than what their environments expect them to be.

Only thing that scared me was the mice

In the heat of the night watching

Now I grew up

Got tired of hearing mama ask the landlord for an extension

So it was illegal money I was getting

Girl after girl not caring about a feeling

Just worried about the money and drug dealing

That got to spending plenty of nights in a cage

Started to build up a rage

All I can hear was grandma saying

God will get you through anything so

On my knees I got and prayed

OPEN DOORS - a project of CTA

OPEN DOORS is a network of artists, activists and advocates motivated by community building, gun violence prevention and disability rights. At the center of this network are the Reality Poets—a group of current and former residents of an NYC long-term care facility, who are bonded through a shared mission to spread a message of realness, resilience and healing.
-----
OPEN DOORS is a fiscally-sponsored project of the Center for Transformative Action (CTA), a nonprofit affiliated with Cornell University. CTA is an alliance of individuals and organizations inspired by principles of nonviolence and committed to bold action for justice. CTA is a 501(c)(3) tax exempt organization. Your contribution is tax deductible to the extent allowed by governing laws.