We found Shamus locked in a stall with the decomposed carcass of another horse. With no food or water, he had resorted to eating a wood window sill to survive.

In response to a report of suspected animal cruelty at Argus Farm in Goshen, the Hudson Valley SPCA's Humane Law Enforcement team raided the property to find a den of horrors in its barn. Four of the barn's eighteen stalls contained the decomposed bodies of horses who had presumably starved to death. In one, an eight-week old foal lay collapsed beside its mother in a nursing position. In another, Shamus - still very much alive - stood over the remains of his deceased friend. With no grain, hay or water on site, and without a way out of his locked stall, he had been attempting to eat a wood window sill to survive.

Shamus' hooves were overgrown, split and infected from long term neglect and exposure to the filthy floor of the stall.  An examination by an equine veterinarian found him to have a body condition score of 2 due to his emaciated state, indicating his ribs, spine, withers and other bones were showing through his flesh.

The condition of Shamus' hooves... 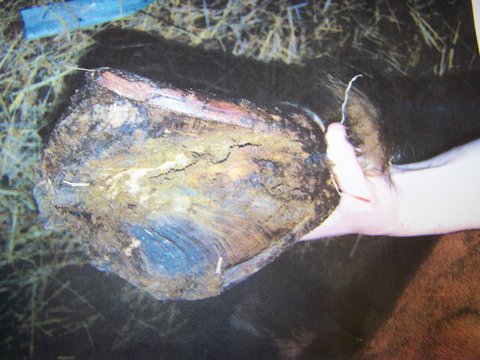 ...reflected the state of his whole body. 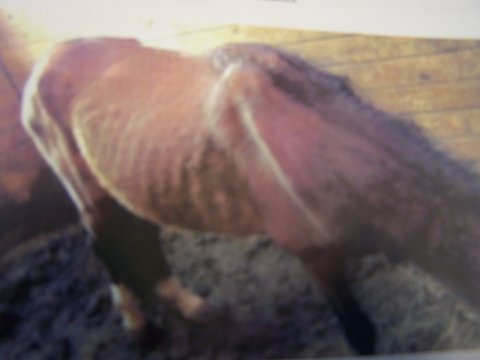 Shamus was removed from that horrible place and taken to a farm where he will receive the care he needs to become strong and healthy again.  But this care isn't free! With your support we can raise the money needed to cover his medical and boarding expenses. In return for your generosity, we will not only do everything we can to ensure this boy becomes healthy again, but we will aggressively prosecute the person responsible for his state and the death of so many other horses!