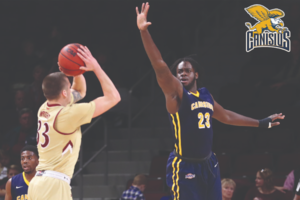 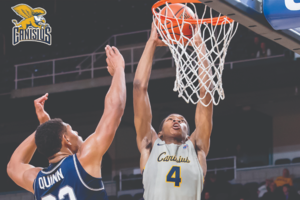 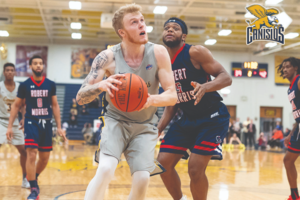 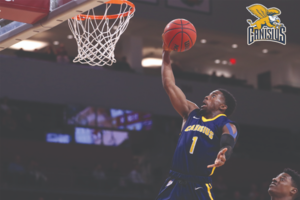 In 2019, the Canisius Men’s Basketball team will open the 116th season with the goal of continuing to compete in the top tier of the MAAC.  The Golden Griffins followed up their 2018 MAAC Regular Season Championship with a second-place finish in the MAAC standings last year.  The Golden Griffins advanced to the semifinal round of the tournament with an overtime win over Manhattan.  Canisius played a program-record six games on national television in 2018-19, highlighted by a home game on ESPNU – the team’s first home national TV date since the 2013-14 campaign.

In three seasons under head coach Reggie Witherspoon, Canisius’ 54 total wins ranks third-best in the Conference and the 36 MAAC victories leads all teams during that same period.  The Canisius teams have been road warriors with 27 road victories since 2016-17, tied for the 10th most of any Division I program in the nation.

In 2019, Canisius returns three starters and seven letterwinners from last year’s team that led the country in wins by five-points or less.   Senior Malik Johnson was tabbed as an All-MAAC Third-Team selection and will start his final season on Main Street having played in, and started, 99-straight games, making him one of the most “veteran” college basketball players in the nation.


Your support in this special basketball excellence campaign will:

Our fans and supporters made it possible for the team to accomplish all that we did in 2018-19.  All of our accomplishments last year were possible because of the alumni, family and friends who supported the men’s basketball, helping to provide the resources our team needed to excel on the court and in the classroom.

Canisius College is the premier private university in Western New York, one of 27 Jesuit, Catholic colleges in the nation, and is consistently ranked among the top regional colleges in the Northeast. Founded in 1870 by German Jesuits, Canisius College is named for St. Peter Canisius, a renowned Dutch educator and one of the original members of the Society of Jesus. What began in a single building in downtown Buffalo now consists of 56 buildings located on 72 acres in a residential neighborhood in North-Central Buffalo.