Keep Boys on the Right Track

A fundraising campaign for Boys on the Right track, Inc. 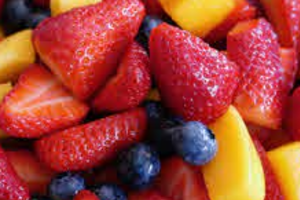 Provide snacks to one team of boys! 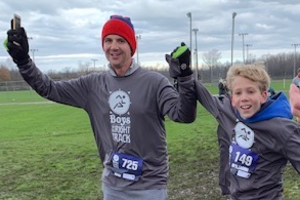 Enroll one young man and his race partner in our celebration 5k. 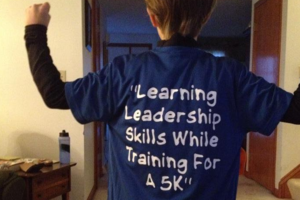 Cover the cost of one coach's training to impact the lives of kids! 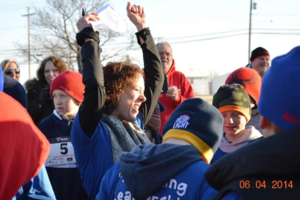 Cover enrollment for a boy who needs it!

On the first day of his Boys on the Right Track program, Ben was so painfully shy that he practically hid behind his parents. He was nervous to run in front of new people. No one would have considered Ben athletic. But when he finished his 9 weeks with his caring coach and supportive teammates, Ben arrived at his first 5k stronger, healthier, and more connected to his peers and to himself.

Tim's parents enrolled him because they were scared. He was starting to get involved in fights at school, and was having a really hard time sitting still. They thought maybe getting some energy out might help. At least it couldn't hurt! But as he emerged across the finish line of his first 5k, they could see they were turning a corner, too. For the first time, Tim was approaching them to talk things out, taking a step back when he may have exploded, and bringing home friends for his parents to meet.

For boys in our society, the pre-teen years are a perilous time! Our culture tells young men to suppress their feelings. And if they do have to let them out, the only way to do it is through aggression. This can lead to bullying, fighting, and other kinds of violence. As a community, we often don't help young men learn important skills like emotional awareness, communication, conflict resolution, and other tools for healthy living.

Boys on the Right Track was founded to help young men cross the bridge from childhood into the teenage years with an incredible skillset on their belts. Founder Juliet Meade envisioned a program where boys could learn about teamwork, collaboration, communication, healthy living, and goal setting, all from running. Each small group of 14 boys works with a trained coach who helps each runner grow in health and wellness, but also in social and emotional learning, becoming a new generation of young men. We believe that boys should have all the skills they need to be a generation of leaders, neighbors, sons, fathers, husbands, partners, and more.

This year, with so many programs canceled due to COVID, we want to open our doors to a health-promoting program that is capable of social-distancing. Our boys need time away from their screens and in the fresh air, now more than ever. And our families are less able than ever to pay high admission fees to sports leagues. Your contribution can help young men from low-income families have access to this important program.

Will you join us in supporting a generation of leaders through running?

Boys on the Right track, Inc.