Providing help and hope to our Chicago neighbors in need. 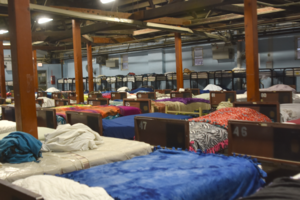 Provide a safe place to sleep for a night at one of our two shelters. 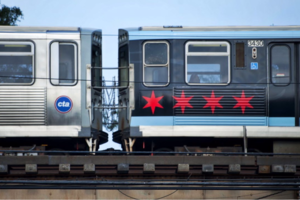 Provide a weekly transit pass for someone in need. 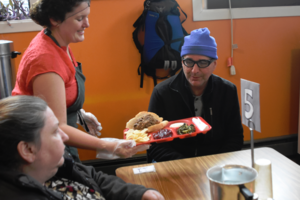 Provide a warm, nutritious meal for one of our guests for a week. 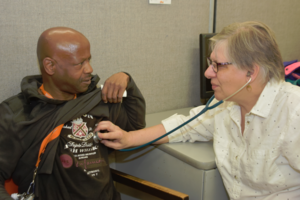 Covers the cost for 5 individuals to receive critical support services.

Franciscan Outreach provides people who are marginalized and homeless with the critical services they need to improve their lives. Through daily assistance, Franciscan Outreach helps hundreds of people access meals, shelter, housing and support services. It offers people guidance as they strive to gain stability, security and independence.

By enabling us to continue this important work, your donation to Franciscan Outreach will inspire change and make a difference in the lives of our Chicago neighbors who are affected by homelessness.

Shawn Has Keys to a Better Future 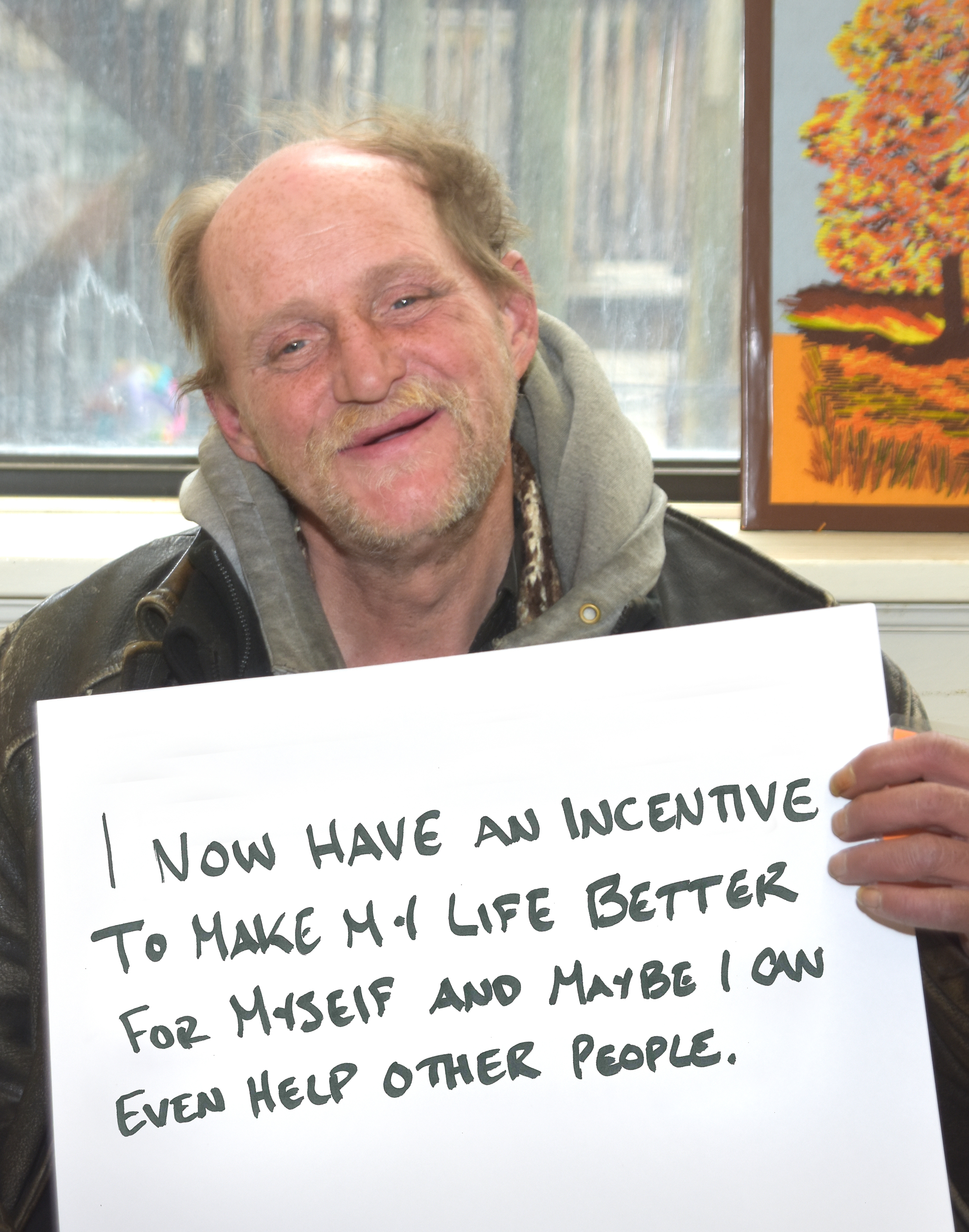 After 18 years of living on the streets, Shawn Clark now has a place he calls home.

With keys in his pocket, Shawn feels proud and relieved to have a place of his own. When Shawn first entered his new apartment in Chicago's Uptown neighborhood, he was amazed by the "clean, white wall." He was thrilled to have his own private bathroom where he could take long, hot showers.

"Within the first few days in my own place, it felt like I took more showers thank I have in years," Shawn jokes.

Before moving into his own place, Shawn said that he looked forward to “sleeping in,” which is something he was not able to do for nearly two decades.

Living on the streets, Shawn learned to survive. “I slept under the viaduct at Webster and Damen on and off for over six years,” says Shawn. “I slept there in the winter when it was 55 below zero.” “I had piece of cardboard under me to sleep on and I wrapped myself up in a blanket – like a big burrito,” he laughs.

Shawn first became homeless when his employer, a restaurant, shut down and he lost his income. “That put me in a hard place,” Shawn says.

Struggles with a substance use disorder kept Shawn homeless for years while he worked at a variety of odd jobs. Shawn tried his hand at different trades, including sewer and drainage work, dry walling, painting, salvage work and more. But they never earned him enough money to afford housing.

Shawn found out about Franciscan Outreach’s soup kitchen in Wicker Park when he was looking for a place to eat. “You can always get a good meal in this place,” Shawn says. Over the years, he’s been a regular at Franciscan Outreach and has gotten to know the staff, guests and volunteers. “This is my family,” he says.

Meeting regularly with his Franciscan Outreach case manager, Jonathan Dargatz, Shawn realized that Jonathan was someone he could trust and may be able to help him reach his goals. With Jonathan’s help, Shawn began to turn his focus toward the future.

“I’ve been wanting housing for quite a while,” says Shawn.

Over the past year, Shawn and Jonathan have diligently worked together to find a way for him to become housed. They completed the application for Shawn to be entered into Chicago’s housing waitlist. They also connected with the appropriate resources for Shawn to receive an identification, a social security card, primary and mental health support, public aid, and transportation assistance.

All their hard work paid off when Shawn was approved to receive a Shelter Plus Care housing voucher. Shelter Plus Care is a Housing and Urban Development (HUD) program that provides housing assistance and supportive services to those who are experiencing chronic homelessness.

However, even with a voucher in hand, the scarcity of affordable housing in Chicago made the task of finding a place for Shawn extremely difficult. The two searched for months to find Shawn a home.

Through the process, Shawn remained optimistic. He said that he just kept thinking about how nice it would be to have “a place where you can open the door, go in, and lock it behind you.”

Today, Shawn has such a place.

“My new place gives me a sense of stability and security. I don’t have to worry that someone is going to make me move in the middle of the night,” he says.

When thinking about the future, Shawn says, “I now have an incentive to make my life better for myself and maybe I can even help other people.”

Franciscan Outreach is a leading provider of homeless services in Chicago. We operate as a system of support for men and women who are marginalized and homeless so they get the help they need to gain stability, strengthen self-sufficiency, and transition into permanent housing.

For 55 years, Franciscan Outreach has been dedicated to providing compassionate care and support to our Chicago neighbors in need. We welcome and serve all people, no matter what their life circumstances may be. We meet people where they’re at and assist them on their journey toward independence. Each person who walks through...

Franciscan Outreach is a leading provider of homeless services in Chicago. We operate as a system of support for men and women who are marginalized and homeless so they get the help they need to gain stability, strengthen self-sufficiency, and transition into permanent housing.

For 55 years, Franciscan Outreach has been dedicated to providing compassionate care and support to our Chicago neighbors in need. We welcome and serve all people, no matter what their life circumstances may be. We meet people where they’re at and assist them on their journey toward independence. Each person who walks through our doors seeking assistance is considered a guest and is treated with dignity and respect.

Grounded in the Franciscan tradition, we serve everyone regardless of their beliefs, and we do not conduct or require participation in religious services. In a respectful, judgment-free environment, we work to ensure a positive path forward for people who are marginalized and homeless so they can thrive in permanent housing.