A fundraising campaign for Gayogo̱hó꞉nǫʼ (Cayuga)

Donations made through Tiny Seed Project will be used to ensure the Gayogo̱hó꞉nǫʼ can continue their rematriation effort. Please visit www.gayogohono.org 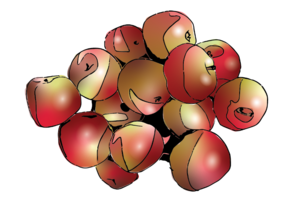 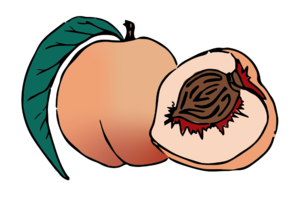 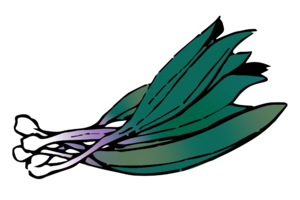 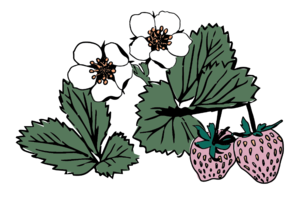 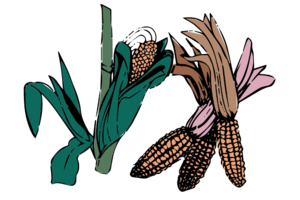 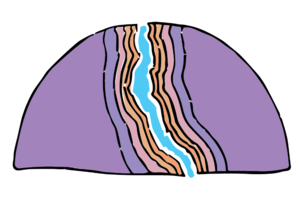 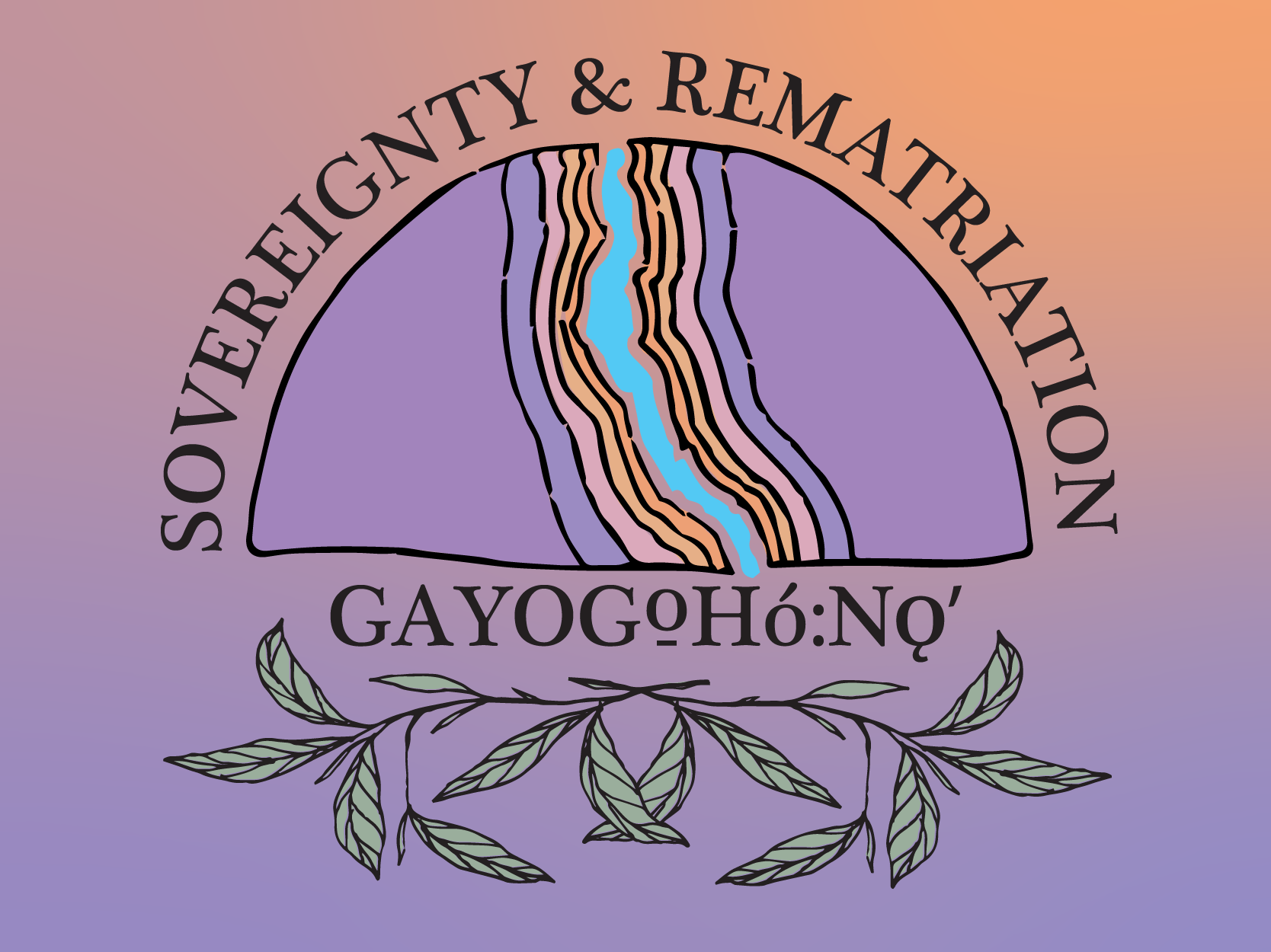 You are invited to support an online fundraiser in the interest of the traditional people of Cayuga (Gayogo̱hó꞉nǫʼ- People of the Pipe), a sovereign nation of the Haudenosaunee confederacy. It is an urgent need to support the Gayogo̱hó꞉nǫʼ traditional leadership of chiefs and clan mothers in ensuring the future of the traditional community in their sovereign territory. Donations made through Tiny Seed Project will be used to ensure the Gayogo̱hó꞉nǫʼ can continue their rematriation effort; including housing, land and food access, educational opportunities, community development, and cultural security.

New York State still will not recognize Gayogo̱hó꞉nǫʼ sovereignty and the Bureau of Indian Affairs names Clint Halftown as the Cayuga Nation “tribal representative”. Because of NYS and BIA’s refusals to recognize Gayogo̱hó꞉nǫʼ as a sovereign people, they continue to meet resistance in their struggle to exist and thrive. In order to support them in their various needs, ongoing access to funds is vital for resources including food access, heat, transportation, housing security, and legal aid. Our current goal for monetary aid is $50,000, and the deadline is November 3rd, 2021 so that any needs the people have before winter can be met.

Your support of the traditional community helps in their fight to gain recognition of their treaty rights and sovereignty as a Native Nation. Your donation will be used to support the charitable purposes of cultural security, food sovereignty, educational opportunities, and community development. Thank you for your support. Your generosity and kindness will not be forgotten.

Follow and promote the campaign on Facebook, Instagram, Twitter, and Tiktok
Visit the Gayogohó:nǫ˺ website!
This fundraiser’s fiscal sponsor is Tiny Seed Project. Tiny Seed is a 501c3 not for profit organization. Your donation to support Gayogo̱hó꞉nǫʼ rematriation and sovereignty is tax deductible to the fullest extent allowed by law. 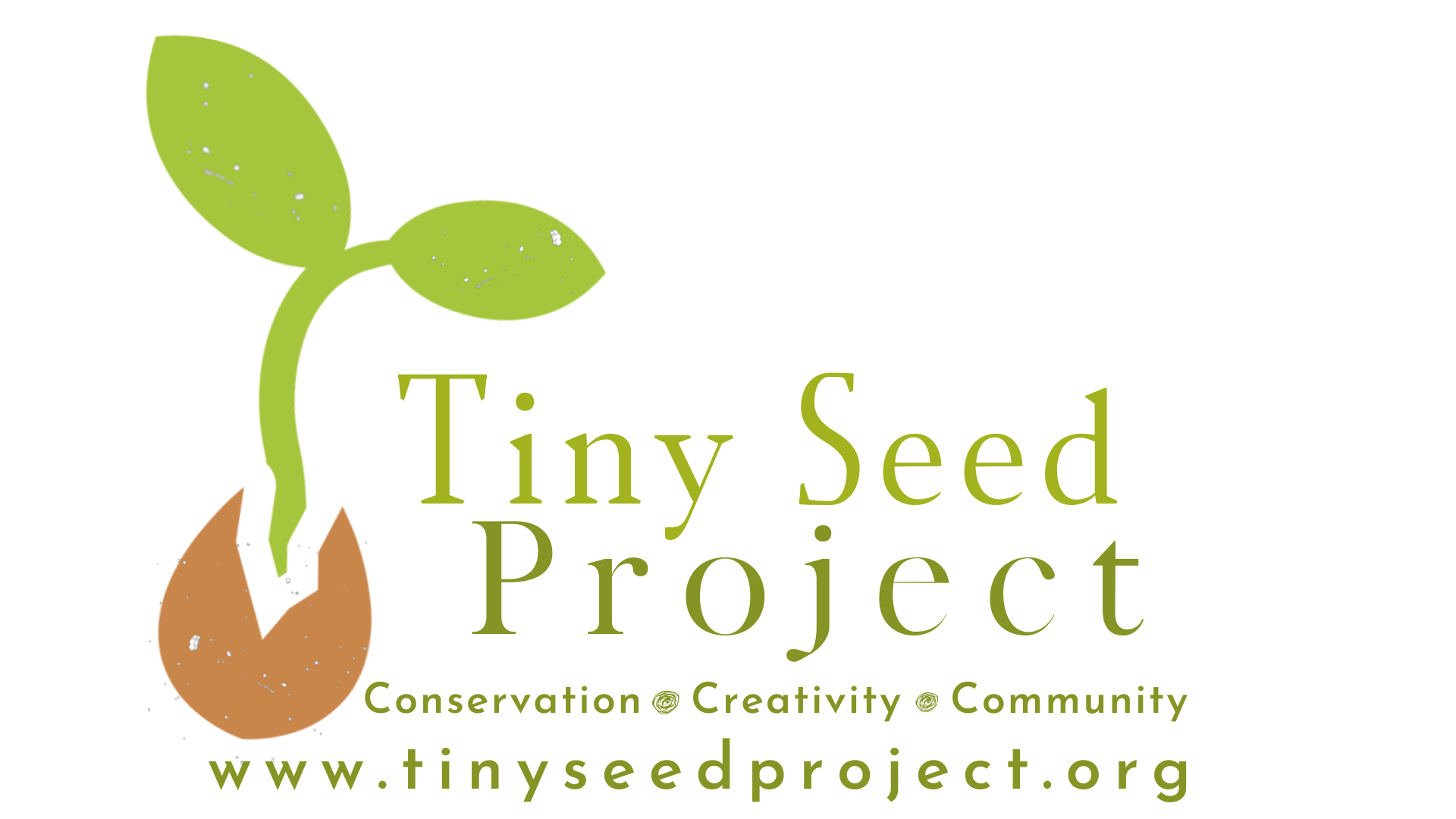 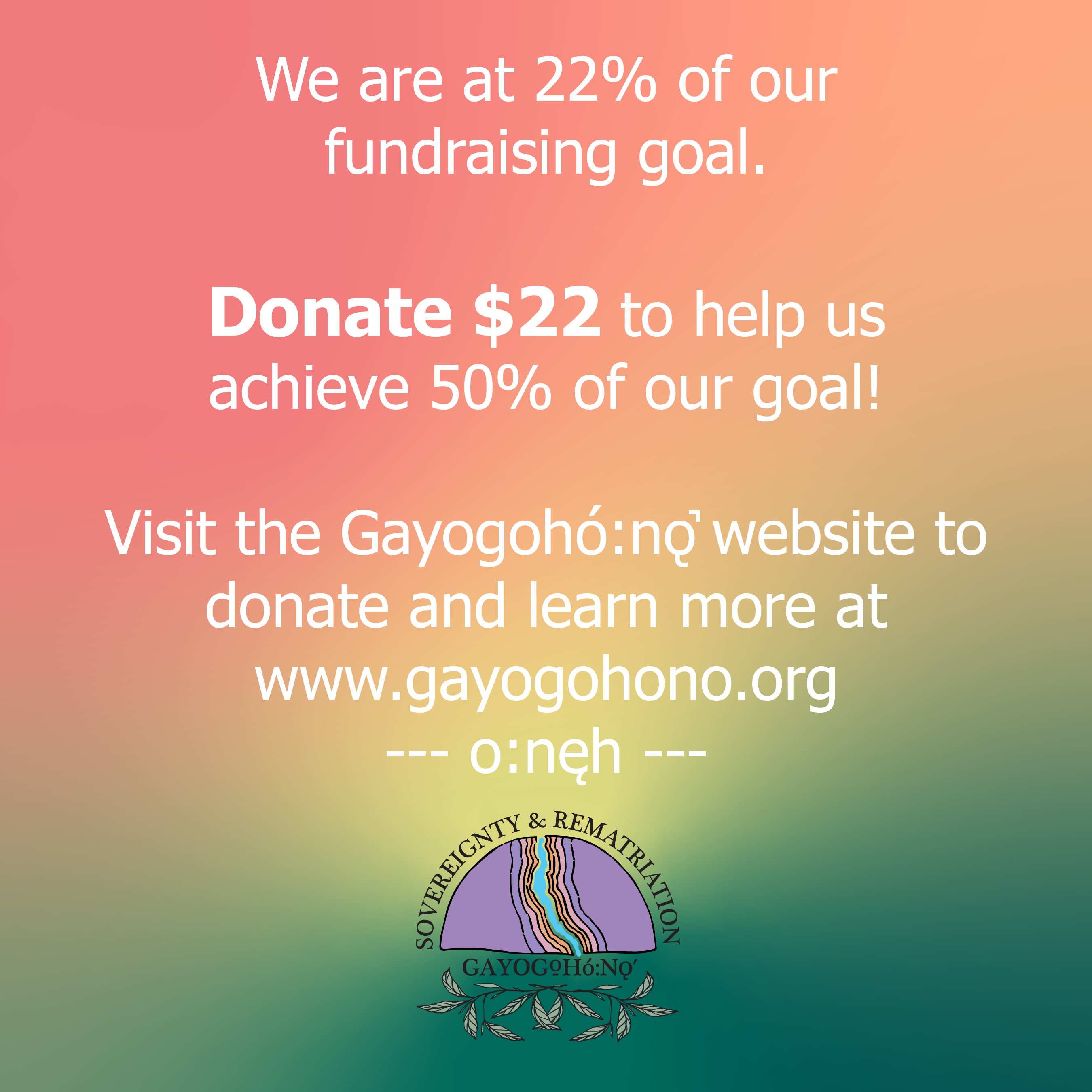 Good morning! We have reached 4% of our goal in just one week! Your support has raised $2,229 for the traditional Gayogo̱hó꞉nǫʼ community. We still have a long way to go, so please share this information widely! Thank you for your support and allyship.


PLEASE CONTINUE READING below-
A letter from Gayogohó:no' traditional leadership:

The Cayuga Nation Council of Chiefs, Clanmothers, Faithkeepers, men, women, and children send greetings and are hopeful this letter finds you and your family in good health and spirits in these unprecedented times.

In the early morning hours of February 22, 2020, the traditional Cayuga citizens living on the traditional territory awoke to the destruction of their schoolhouse/longhouse along with several residential homes and businesses. This act of violence and destruction was ordered by Clint Halftown.

The traditional Cayuga citizens living on the homeland are currently facing another crisis. This crisis is in the form of evictions from their residence by the Bureau of Indian Affairs Federal representative Clint Halftown. In the middle of a global pandemic Clint Halftown has issued eviction notices and court dates to the traditional Cayuga citizens. The Cayuga Nation citizens, Chiefs and Clanmothers consider the court established by Halftown as illegitimate. They are also experiencing daily harassment by an equally illegitimate non-Cayuga police force. How is it that a non-Cayuga citizen attempts to physically remove a Cayuga citizen from their traditional territory?

The Bureau of Indian Affairs has endorsed Clint Halftown as the Federal Representative and his illegitimate government and now they must remove him before he creates more devastation or death to the traditional Cayuga citizens or harm to innocent American citizens.

The Cayuga Nation Council of Chiefs also state that we do not support Clint Halftown his government or his actions and to cease and desist from using the collective rights of the Cayuga Nation.

The traditional Cayuga Nation Chiefs reference Article VII of the 1794 Canandaigua Treaty which states, "... complaint shall be made by the party injured, to the other: by the Six Nations or any of them, to the President of the United States."

The Cayuga Nation Council of Chiefs asks you as leadership within the United States of American to pressure the President or the Bureau of Indian Affairs to seek the immediate removal of Clint Halftown and his government.

Therefore, we implore upon you to urge your elected representatives to encourage the President to meet with the traditional Cayuga Nation Chiefs to resolve this issue immediately before more violence occurs.

We would also like to acknowledge and thank our allies that are currently camping at locations of some of the traditional Cayuga citizens.

In peace and friendship,