Help CUSLAR get through a tough time and support us in developing the next generation of leaders for justice in the Americas! In August every dollar becomes $3

A fundraising campaign for Committee on U.S.-Latin American Relations (CUSLAR) - a project of CTA
Make a DonationView FundraiserStart Fundraising

Dear friends, alumni and supporters far and near,

We’re at an important crossroads in U.S. and world history.

When families fleeing violence in Central America are torn apart at our southern border and in our prison system, when indigenous lands are stolen for mineral extraction from Oak Flat, AZ to the Amazon, when profiteers continue a drumbeat for anti-democratic coups in Venezuela and Nicaragua, when the 140 million poor and low-income people in the United States are taught to blame each other for the cruelties of the capitalist class -- more voices for justice are necessary.

CUSLAR continues to be an important contributor in our communities, making space for transformative learning and putting a premium on dialogue and mentoring.

“In these difficult political times worldwide,” writes alumna Margaret Bayer ’83, “the work of CUSLAR continues to be of vital importance.”

The latest CUSLAR Newsletter, titled “When the Law Is Injustice,” shares on-the-ground accounts and reflections from the migrant caravans crossing Mexico and the real effects of the mass displacement. Read it at cuslar.org.

Our students hosted forums on migration and have helped to reframe the debate. Paraphrasing Thomas Merton, our guest speakers suggested that what we have is not an “immigration problem” but a “white supremacist settler state empire problem.”

At the heart of CUSLAR’s mission continues to be our students’ development into leaders on these essential issues. On the following pages our alumni attest to what it means to be part of CUSLAR -- joining a network of committed learners who make scholarship and action for justice a central part of their lives for the long haul. Please take a few minutes to read the testimonies below from all over the world and consider a donation to our ongoing project to bring justice to U.S.-Latin American relations. 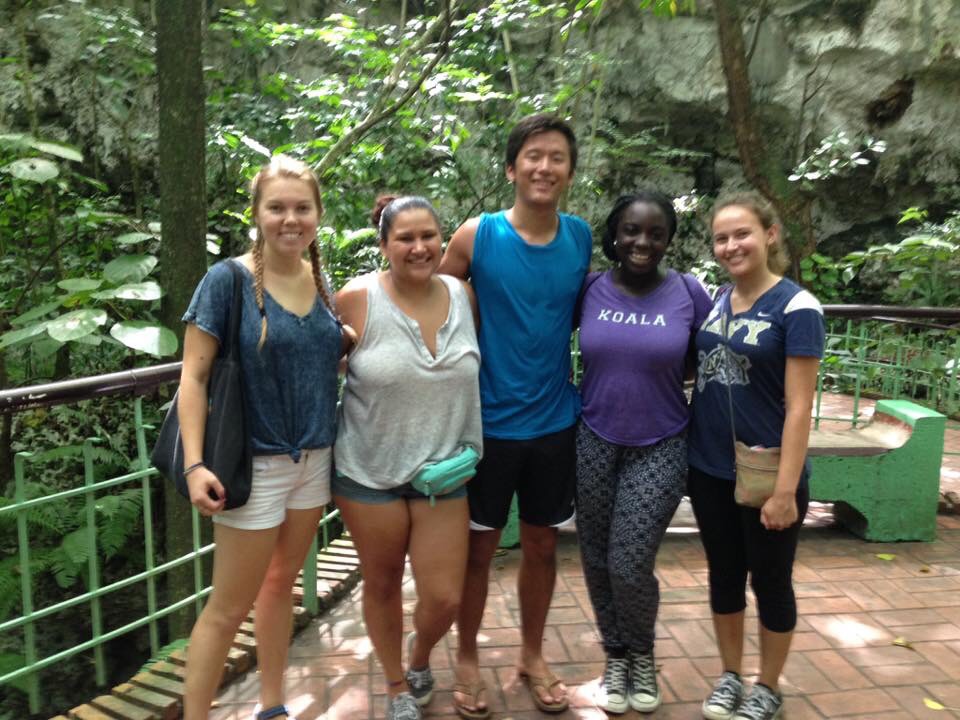 Help CUSLAR through a tough time!

Each dollar given in August becomes $3 in Donor Match

This year CUSLAR is facing a significant challenge. With this spring’s unexpected end to an important collaboration, the Cornell Global Health Program in the Dominican Republic, our organization faces an uphill battle financially.

We’ve reached out to a small group of CUSLAR alumni for help, and their commitment to CUSLAR’s mission and work has been astounding and gratifying. As a group, our donors have pledged to match each donation 2-to-1 up to $3,500. This means each dollar you give is worth $3 through the end of August!

Help us take advantage of this incredible generosity and donate to CUSLAR this month! 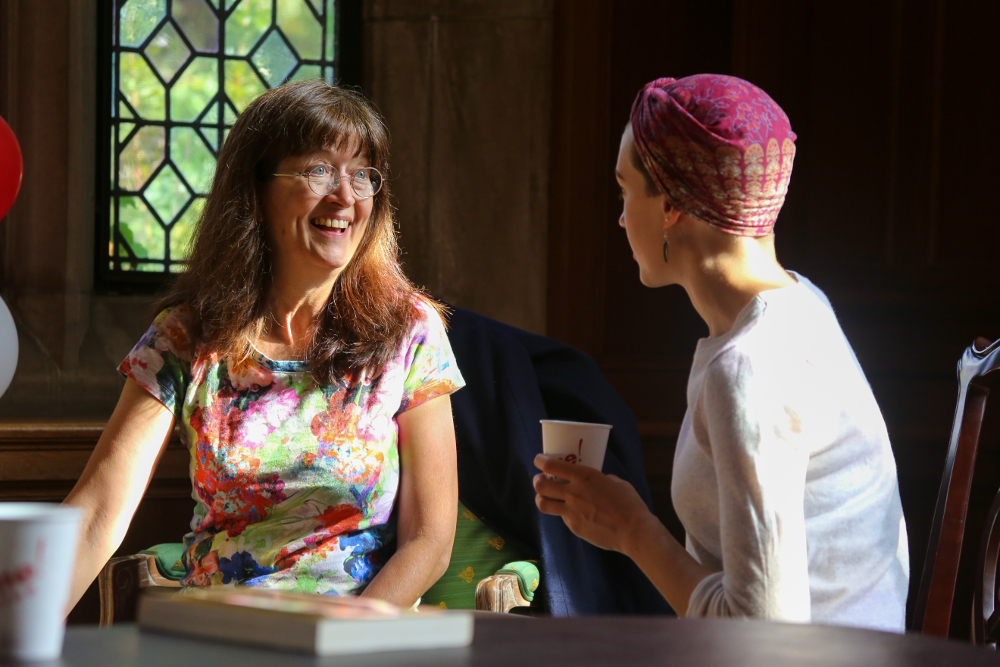 Words from CUSLAR's alumni and friends

"I joined CUSLAR upon returning from the Summer Global Health trip to Santo Domingo, Dominican Republic. CUSLAR quickly became a second home for me at Cornell, a place where I could open up and where I was supported and encouraged. CUSLAR is a place where open conversations flow and where all members of the community can educate themselves on Latin American current events and history. CUSLAR's work is more important now than ever."

“I have valued CUSLAR’s work since first learning of the organization as a graduate student at Cornell in the early 1980s. At the time, U.S. policies were fueling civil war and repression in Central America, the consequences of which are still with us in the form of a humanitarian crisis on our southern border. The importance of understanding and improving U.S. relations with our Latin and Caribbean neighbors has never been greater, nor has CUSLAR’s mix of research, education, and activism been more necessary.”

"CUSLAR makes a critical contribution to educating people in central New York and more broadly throughout the U.S., about how U.S. policies affect Latin America and its people. In working with students, it is forming the next generation who we all hope will work towards more just, fair and equitable relations between the U.S. and its southern neighbors. I support it wholeheartedly."

“CUSLAR has been vital to my development as student and as a person. At CUSLAR we do the important work of deepening our community’s awareness of our connections to Latin America through research, political education, and our newsletter. As an intern, I gain experience in a wide range of important skills, from researching and publishing for our newsletter to organizing and presenting at events. Thanks to CUSLAR I have been fortunate enough to have access to the literature, people, and resources that have embedded in me the belief that “another world is possible”, a belief that has molded my academic and professional aspirations. After my first semester as an intern, I declared my major in Social Movements and Latin American Studies.

Thanks to CUSLAR, I have also grown as a leader. With the help of a generous CUSLAR donor, I was able to travel to the Arizona/Mexico Border to bear witness to human rights violations at the hands of the government, stand in solidarity with those imprisoned in detention centers, and facilitate a workshop at the School of The America’s Watch Border Encuentro. In addition, CUSLAR is also involved with the Poor People’s Campaign, a movement that is shaping the conversation around poverty and mobilizing people from all over the country to challenge the status quo. My involvement in the PPC has taught me a lot about movement building; about how deeply connected issues of racism, poverty, war, and environmentalism are; and how powerful it is for people to resist them together."

"For many years, CUSLAR has been an important bridge between our communities in Tompkins county and many communities in Latin America.  CUSLAR's focus on community leaders and activists, as well as new documentary film, brings together key thinkers and doers."

"Through my involvement with CUSLAR many years ago (1978 - 1983) I learned skills in organizing and communicating to effect change.  Working with CUSLAR gave me a foundation for evaluating and understanding the role of the US in the world and my responsibility for influencing that role.  In these difficult political times, worldwide, the work of CUSLAR continues to be of vital importance."

The University of Kansas

"Becoming involved in CUSLAR was path-changing and formative for me. CUSLAR’s work is critical to elevating voices from Latin America and beyond, building meaningful relationships across the regions, and promoting robust information and solidarity exchange to continue fighting for a just world. For those who became involved as students, like I did, it was a critical time of consciousness building and learning of our histories and the inextricable link between our families’ migration stories and history in the regions. CUSLAR empowers and uplifts student voices and equips its members with the tools to continue learning, challenge structures critically, and to share knowledge and solidarity with those around us. I am immensely grateful and indebted to CUSLAR and hope to see its great work continue for many years to come."

"CUSLAR’s programs have given students an intellectual understanding of Latin America from a place of compassion and historical grounding. It has provided life-changing opportunities to my students who have been up to the task of examining the impact of US policies on the region." 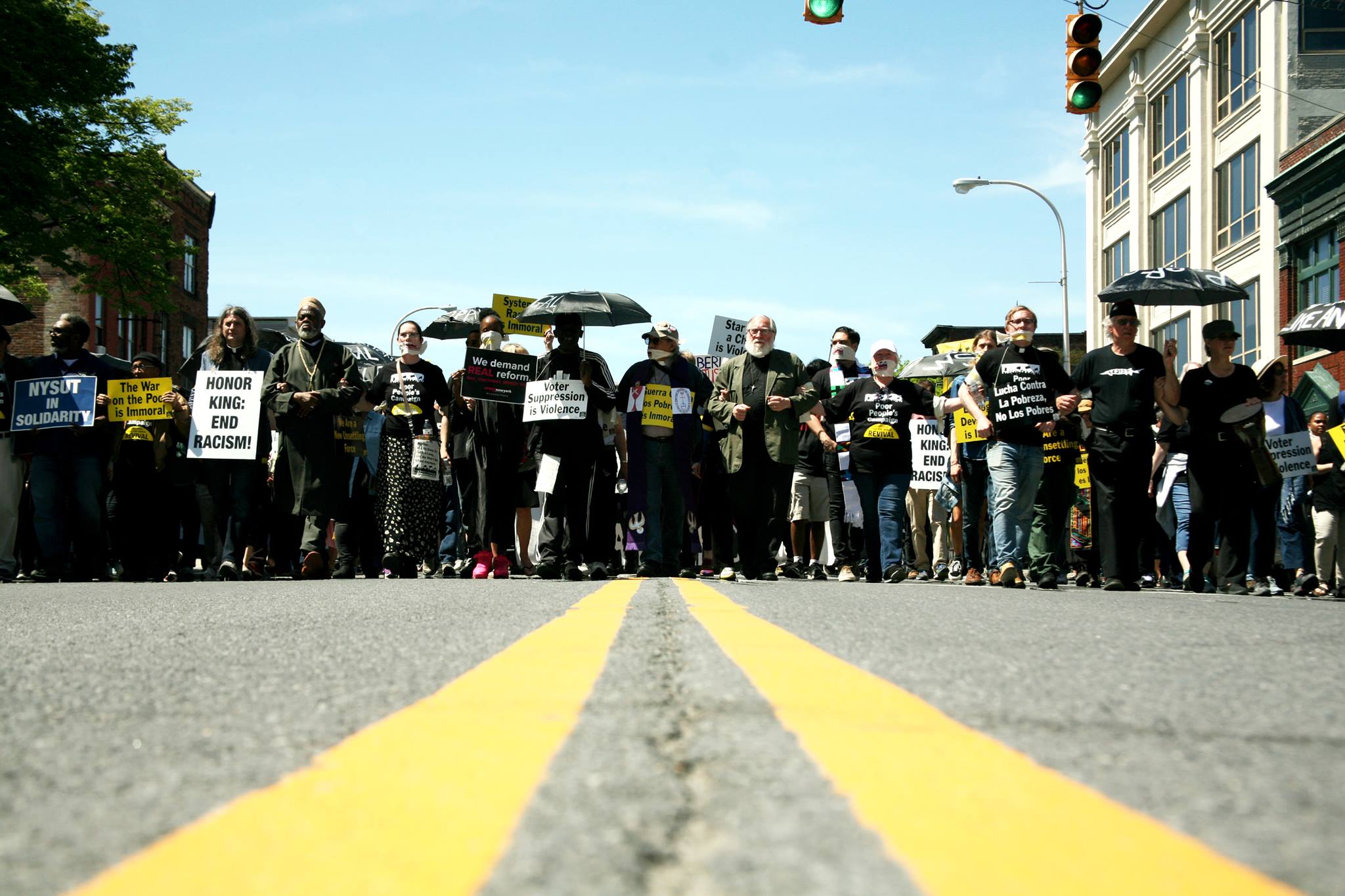 "CUSLAR has been invaluable to building the Poor People's Campaign: A National Call for Moral Revival in New York State. Through its publications it lifts up the struggles, insights and leadership of poor people across the hemisphere which are too often overlooked elsewhere."

"CUSLAR has been immensely important to my growth and development as an academic, researcher, and citizen of the world. Exposure to the work of Paulo Freire, a figure that was never mentioned in any of my academic study, as well as the Landless Workers' Movement in Brazil, was what inspired me to apply for and ultimately pursue a Fulbright Research Fellowship after graduation from Cornell -- an experience which has been life-altering on a personal and career level.

"The lessons that I learned at CUSLAR have also only become further solidified as political landscapes have shifted both in the U.S. and in Latin America in recent years. Using Brazil as an example, the movements towards the far right under Donald Trump and Jair Bolsonaro and the parallels between their politics are impossible to ignore as both countries struggle to make a return towards a democracy that serves the many."

"CUSLAR played an important role in my study of Latin America. It broadened my knowledge of issues in the region beyond what I was taught in the classroom and gave me a deeper understanding of how social justice issues are intertwined in the U.S. and Latin America."

"I find CUSLAR very important for solidarity with peoples struggling for freedom, independence and national liberation. For us in the Philippines, the solidarity of the American people is extremely important. I am reminded of the solidarity of Kent State and Jackson State students for the liberation struggle of the Vietnamese people. The excellent articles and programs of CUSLAR are inspiring and educational."

Chief International Representative of the National Democratic Front of the Philippines 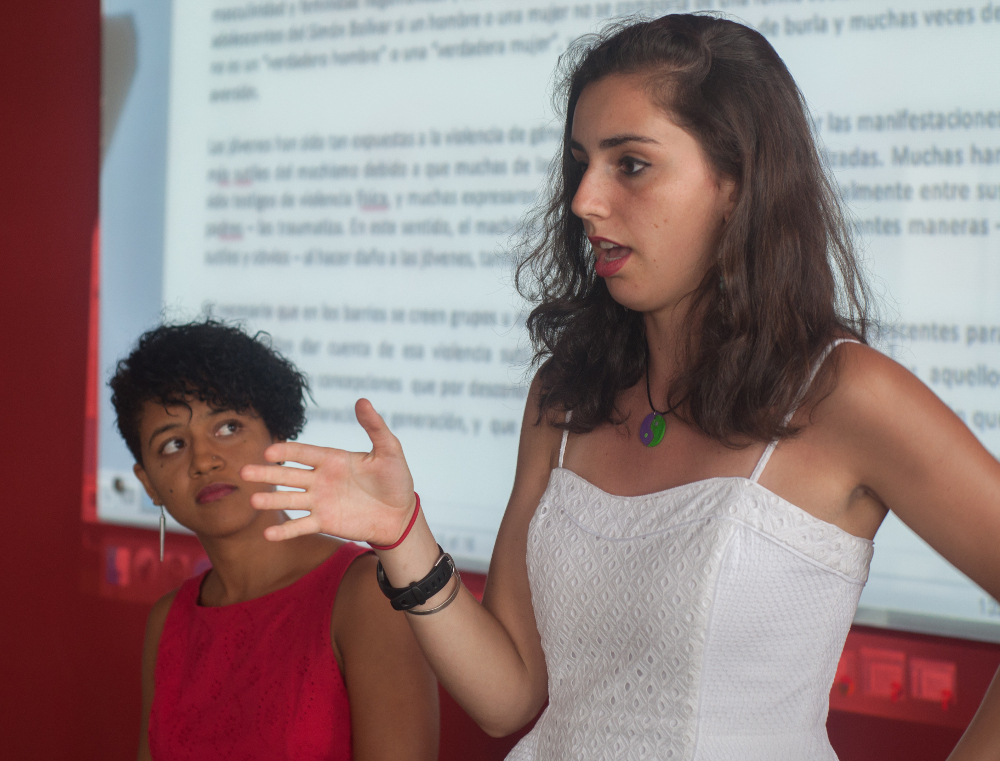 "As a Global Health minor at Cornell, I spent a lot of time at CUSLAR working with Tim Shenk to create cross-cultural connections with CUSLAR’s partners in the Dominican Republic. Working with Dominican doctors on gender violence research in Santo Domingo was the experience that propelled me to want to become a doctor. CUSLAR’s support, curriculum and resources, as well as Tim’s guidance and mentorship, have played a pivotal role in my development."

"CUSLAR's work for social justice around the world helps turn scholarship into action.

We were part of the group that founded CUSLAR.  The work continues to involve and impress us."

You did it! We did it! I've now added in the offline donations we got over the weekend in the mail, and...

We raised $13,223 for CUSLAR's educational and leadership development work to stay strong for the next year!

Here's how that math works:

THANK YOU!! If you've donated and you receive our print mailings, you'll get a thank-you card in the mail later this month. If you don't get CUSLAR stuff in the mail, you can send us your mailing address to cuslar@cornell.edu and we'll put you on there!

Almost there! A few days to go

Your support has been overwhelming. It confirms your belief in what we're doing at CUSLAR: clear truth-telling, education, dialogue and relationship building, and developing leaders who can speak to issues of justice drawing on their experience as well as lessons from history.

Help us spread the word during this last week to get us over the top!

Tim and the CUSLAR team

Committee on U.S.-Latin American Relations (CUSLAR) - a project of CTA

Committee on U.S.-Latin American Relations (CUSLAR) is a fiscally sponsored project of the Center for Transformative Action, a 501(c)(3) tax exempt organization. Your contribution is tax deductible to the extent allowed by governing laws.