A fundraising campaign for Canisius College 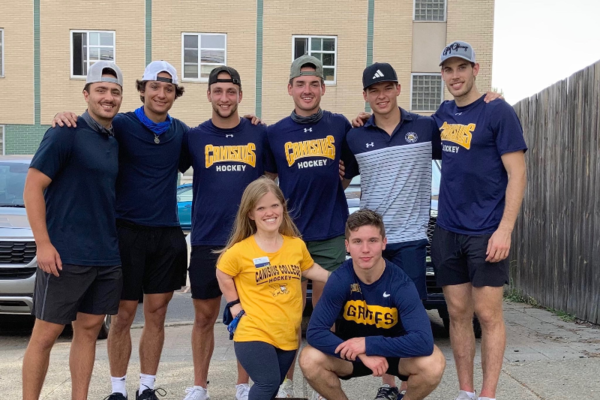 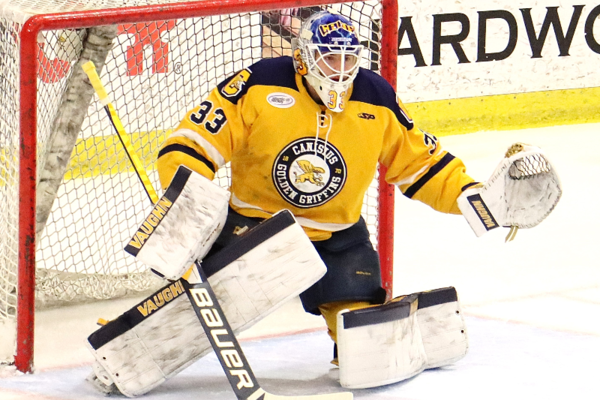 Canisius Men’s Hockey, despite many restrictions due to the COVID-19 pandemic, persevered and succeeded on the field, in the classroom, and in the community.

The Canisius Hockey team is off to a tremendous start to their season as they took down BIG10 conference opponent, Penn State to start the 2021/22 season! Over the past year, our team had a successful season with an overall 11-6-0 record.  This past school year there were 18 players that received a 3.60 higher grade point average and were named to the AHCA Krampade All-American Scholars List.  26 players received a 3.0 or higher and were named on the AHA All-Academic Team.  Notably, David Baskerville, Lee Lapid, Kevin Obssuth, and Keaton Mastrodonato achieved a 4.0 this past school year.  In addition, our student-athletes were one of nineteen Canisius athletic teams to achieve an average GPA over 3.0. We are proud of their continued dedication to not only their sport but also to their academic studies as well. Despite busy schedules, our athletes got involved in a community outside of Canisius to help them become well-rounded leaders both on and off the field.

This past year our Griffs donated their time throughout Buffalo to help better and expand upon the Jesuit values which we as an institution practice and encourage daily.  One of the pillars of Canisius, the Jesuit community, as well as our hockey program, is for our athletes to be men for and with others.  Through all their hard work and dedication they are becoming strong Griffin Leaders and setting an example for teammates and classmates alike.

Your donation to Canisius Men’s Hockey More Than A Game Campaign will help provide our student-athletes with resources like our Leadership Training System and supplies for our refueling station at the LECOM HARBORCENTER.  Your donation will also help us be able to update locker room graphics and for our players to have an enhanced travel experience.