Our "More Than a Game" campaign concluded on December 1. To make a gift in support of Cross Country & Track visit canisius.edu/give.

A fundraising campaign for Canisius College
Donations are ClosedFundraising is Closed 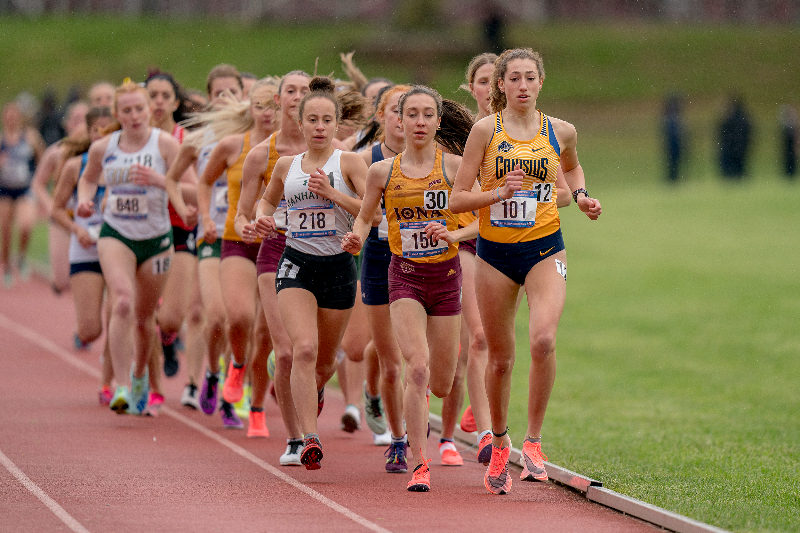 Canisius Cross Country & Track, despite many restrictions due to the COVID-19 pandemic, persevered and succeeded on the field, in the classroom, and in the community. Over the past year, our team had a successful season with our men’s team finishing 6th at the 2020 MAAC Championships and the women’s team placing in 9th.

In addition, our student-athletes were one of nineteen Canisius athletic teams to achieve an average GPA over 3.0. We are proud of their continued dedication to not only their sport but also to their academic studies as well.

Despite busy schedules, our athletes got involved in a community outside of Canisius to help them become well-rounded leaders both on and off the field.  This past year our Griffs donated their time throughout Buffalo to help better and expand upon the Jesuit values which we as an institution practice and encourage daily. One of the pillars of Canisius, the Jesuit community, as well as our cross country & track program is for our athletes to be men and women for and with others.  Through all their hard work and dedication they are becoming strong Griffin leaders and set an example for teammates and classmates alike.

Your donation to Canisius Cross Country & Track More Than A Game Campaign will help provide our student-athletes with a preseason trip to Allegany State Park.  This four-day/ three-night team-building retreat is essential to our team's success.  Your donation will also help provide registration and travel costs to both the Indoor and Outdoor IC4A/ECAC Championships.