A fundraising effort by Debra Parsons, New York State President of the Fraternal Order of Eagles

Two years ago, after a long battle with cancer, 33-year-old John Raplee signed on to hospice and moved into the Residence at Hospicare & Palliative Care Services. His family, though obviously devastated, remained grateful for the 24-7 care that allowed them to focus on building memories with their beloved son and brother. Then one afternoon, John called his mom and said words that stick with her to this day.

"Mom, I had a bath today, and it was wonderful in every way."

Because of his surgeries and other medical complications, it had "been years since John had been able to take a bath," his mom, Gloria, recalls.  "He talked about it for days. It was a peaceful, blissful experience. To be lifted into the tub and experience that buoyancy and have all the aching muscle pain disappear? For that moment in time, he was relieved of the burden of his suffering."

Quality-of-life can be described in many ways, but one of the common factors that unites humans is the ability to clean and bathe their bodies. This is especially true for hospice patients whose physical limitations may make bathing in a traditional shower or tub impossible.

Hospicare's patient tub is out of service, and so old that parts can no longer be ordered to fix it.  This campaign -- lead by Debra Parsons of the Fraternal Order of Eagles, will help Hospicare purchase a new, state-of-the-art, accessible and comfortable tub for patients to bathe and seek respite and comfort. 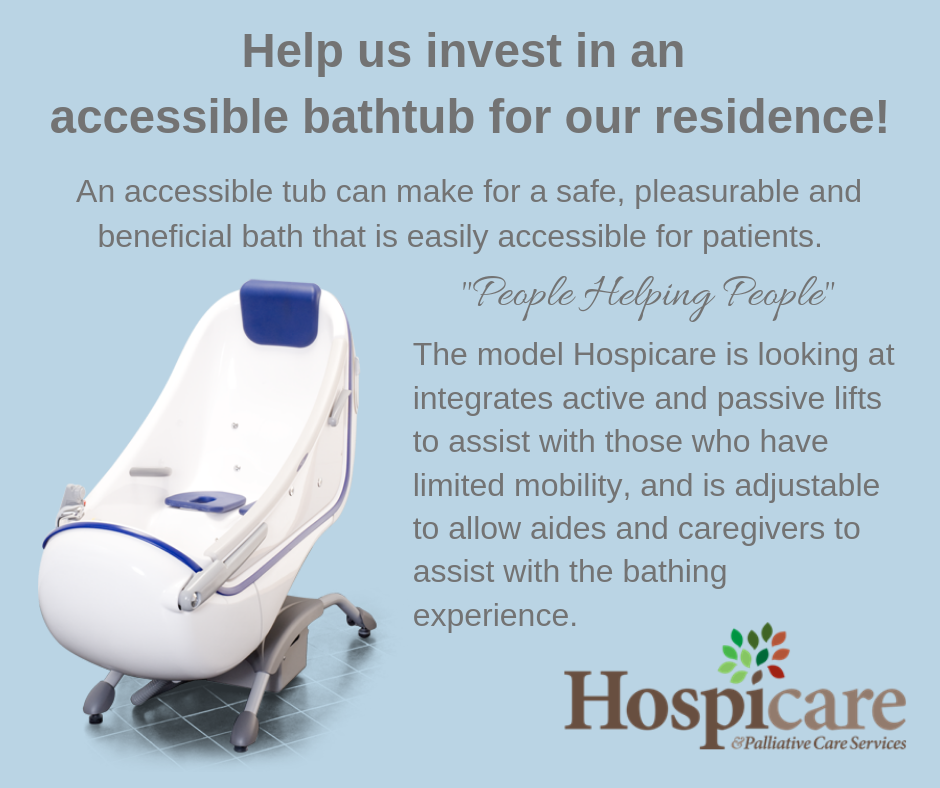 This photo is one brand and model Hospicare is considering purchasing once this fundraising goal has been met. This tub (or one similar to it) can make for a safe, pleasurable and beneficial bath that is easily accessible for patients.  It integrates with active and passive lifts to assist with those who have limited mobility, and is adjustable to allow aides and caregivers to assist with the bathing experience. 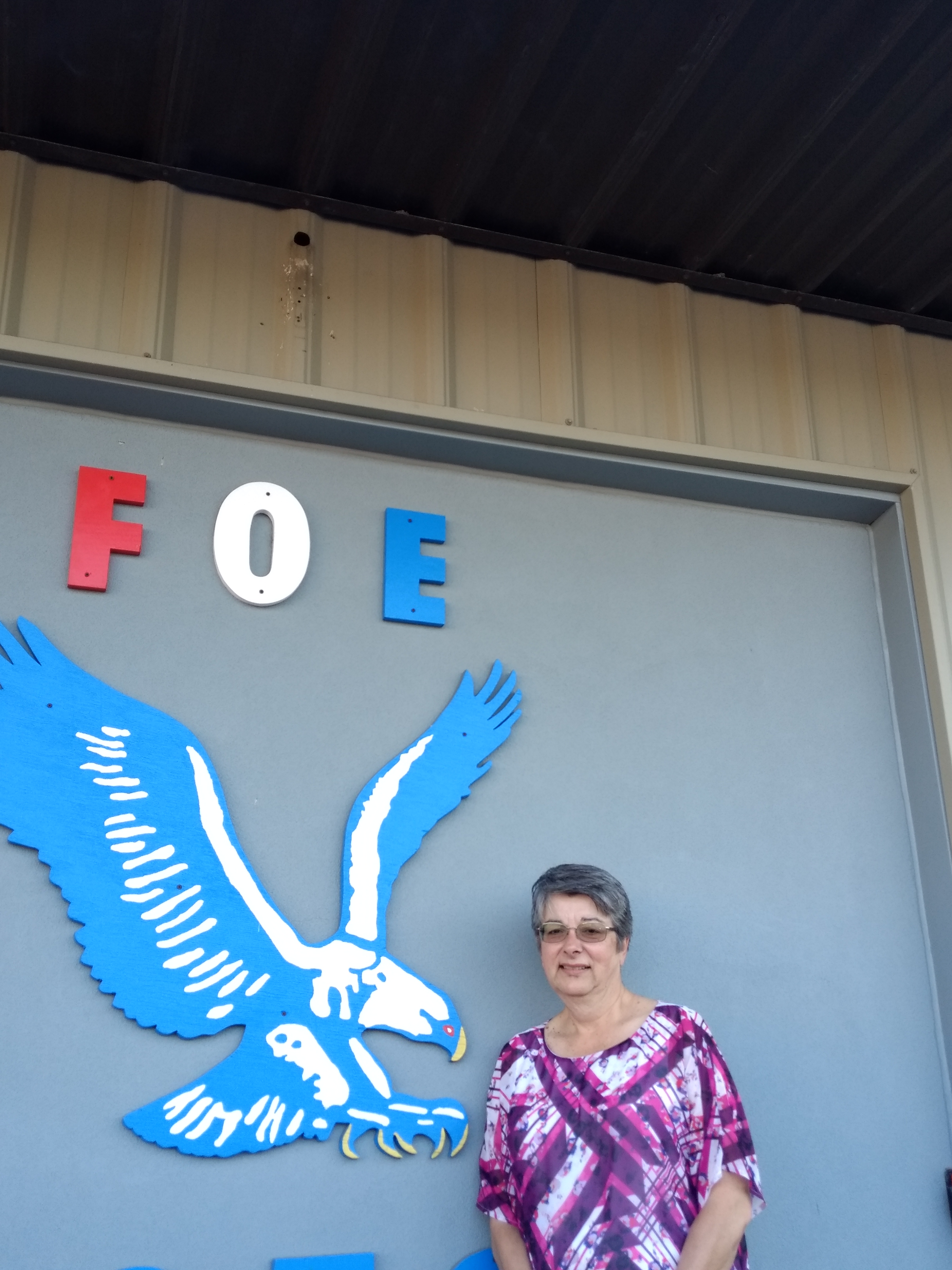 Debbie recently retired after serving as the City of Ithaca Chamberlain for 30 years. Her commitment to our community extends far beyond her professional career. For 28 years, Debbie has served as a member of the Fraternal Order of Eagles. She has assumed leadership roles within the organization for more than two decades, including serving as an officer in the local auxiliary and as a state officer. In June, she assumed the role of New York State Eagle Auxiliary President.

On a personal note, Debbie has been married for 36 years to Allan Porter. While the couple did not have children of their own, Allan's sons and their families consider Debbie a cherished mom and grandmother.

Below, Debbie explains why she is choosing to use her platform as President of the state's Fraternal Order of Eagles to raise awareness of, and funds for, hospice services in our community:

"My mother died in 1991 after fighting an almost a 20-year battle with metastatic breast cancer.  During the final weeks of her life, my sister and I dealt with her care, until she was hospitalized.  It was our job to negotiate the terms of her care at the hospital, to determine legally what we could and couldn’t do under her living will, to contact our brothers to tell them that her time was short, and to encourage them to see her.  In our family, the process of dying was women’s work.  It was something my sister and I didn’t really didn’t know how to do, and when she died, I felt we not done our best for her.

Some years later, my husband’s mother was hospitalized after a tumor was discovered.  She had a long life.  Al’s brother’s disagreed about her care.   I was in her room when she asked me to get my husband.  When he arrived, she said to him “ You have to end this.”  My husband spoke to his stepfather, and the hospice professionals were called.  Her feeding tube was removed, she was made comfortable, and her wishes were honored.  We her family were allowed to say goodbye in a loving way.

I know the people at Hospicare are these type of professionals, supporting the individual and his or her family.  I have had friends who spent there final days at Hospicare; fellow Eagle members and their families who were supported when the end of life is near.  When it came time to choose  a charity to support during my year as New York State Eagle Auxiliary President, the choice was an easy one."

You might know us as Hospicare, but our full name is Hospicare & Palliative Care Services. We serve residents of Tompkins and Cortland counties.